Our mission is to work in collaboration with our community to protect life and property, while enhancing the quality of life in our city. This shall be accomplished through the creative use of resources, community education and involvement, and mutual respect within our department and our city.

As individuals and as an organization, we place high value on honesty, and adhere to the standards embodied by the Law Enforcement Code of Ethics.

As an organization, we will devote our full energy and resources to fulfill our department’s mission.

We will work in conjunction with our community to identify needs and devise strategies for crime prevention and problem solving.

We will address the needs and concerns brought forth by the community and our organization.

We will proactively provide police services through a balance of traditional and contemporary law enforcement practices to enhance the quality of life in our community. 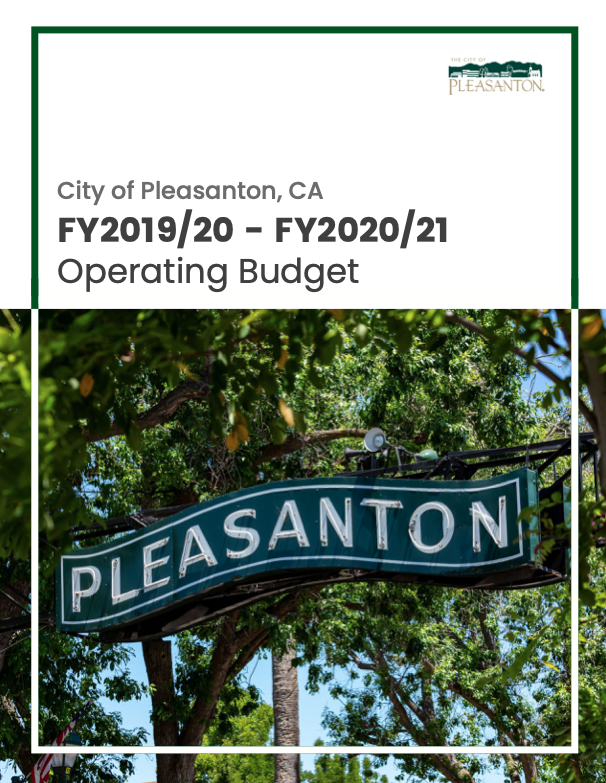 The City of Pleasanton has a five-beat system for deployment of personnel to ensure response time goals of under 4:00 minutes for emergency calls and under 20:00 minutes for non-emergency calls. Five full-time equivalent employees are required to staff one beat for the entire year. 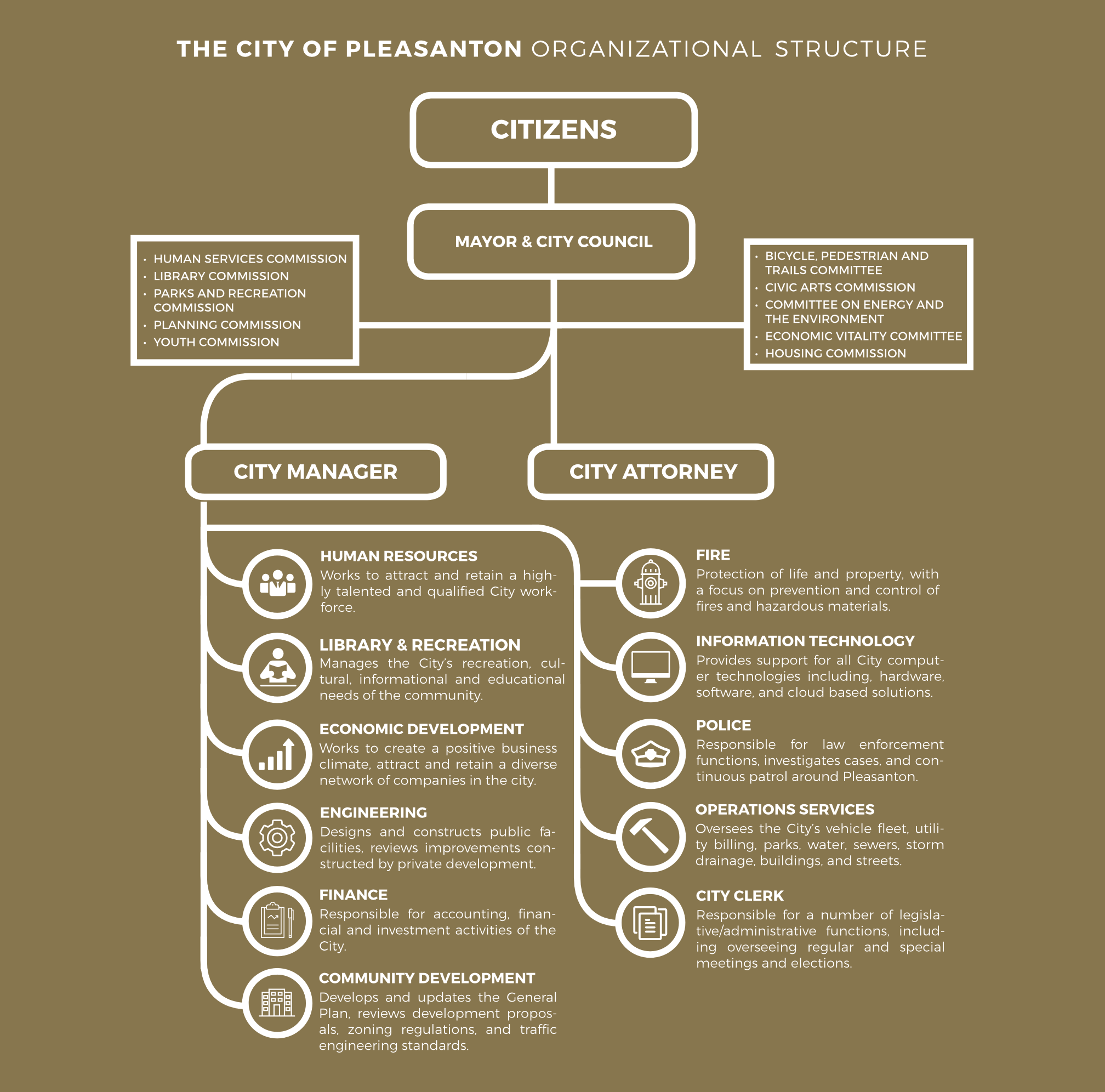 How Department Complaints Are Handled

Pleasanton Police Department employee actions are guided by the policy manual, City policies and organizational values and expectations. The Pleasanton Police Department has consistently maintained high expectations of conduct of sworn and civilian staff. As a service-based organization, instances will occur when members of the community feel the level or manner of service provided is not aligned with our shared values.

Any community member may make a complaint by completing the police complaint form and submitting it to the police department or human resources department. Those who have a concern about the conduct of a member of the police department are encouraged to speak with a police supervisor to have questions answered or to share their experience prior to filing a complaint. It is likely the contact was recorded on the officer’s body-worn camera and may provide additional perspective of the interaction.

Personnel investigations occur when a member of the public or member of the police department expresses concern about the conduct of an employee. Each complaint is investigated by a supervisor and then additionally reviewed three more times, lastly, with the Chief of Police. Each allegation of a policy violation will have one of four findings:

A review of the past three years of police personnel investigations revealed a high level of detail and careful examination of all policies when allegations of misconduct are received. For example, between 2017-2019 there were 10 internally-generated personnel investigations involving 14 officers and 60 allegations of policy violations. Of those 60 potential violations, 39 were sustained, 20 were not sustained and 1 was unfounded.

Similarly, during 2017-2019 there were 21 community complaints involving 35 officers and 90 potential policy violations were investigated. This resulted in 17 sustained, 43 unfounded, 25 exonerated and 5 not-sustained findings. The number of internal and community complaints reflect the police department’s willingness to fully investigate a complaint and review all aspects of the complaint instead of only focusing on the initial allegations.

The Pleasanton Police Department’s hiring process is progressive, extensive, and required by law. For our recruits, it can take 18 months to complete the hiring and training process. We carefully screen all qualified candidates and specifically look for those individuals who demonstrate a high degree of integrity, leadership, compassion, and are of high moral character.

The Commission on Peace Officer Standards and Training (POST) sets the minimum selection and training standards for California law enforcement. Prior to joining our department, all officers must successfully complete POST-certified training including principled policing, criminal law, and patrol techniques.

Hours of instruction received during Academy

Hours of Training provided to Officers (CA Requirement is 24 hours)

Percentage of officers who completed the 40-hour Crisis Intervention Training

Training is divided into three categories: 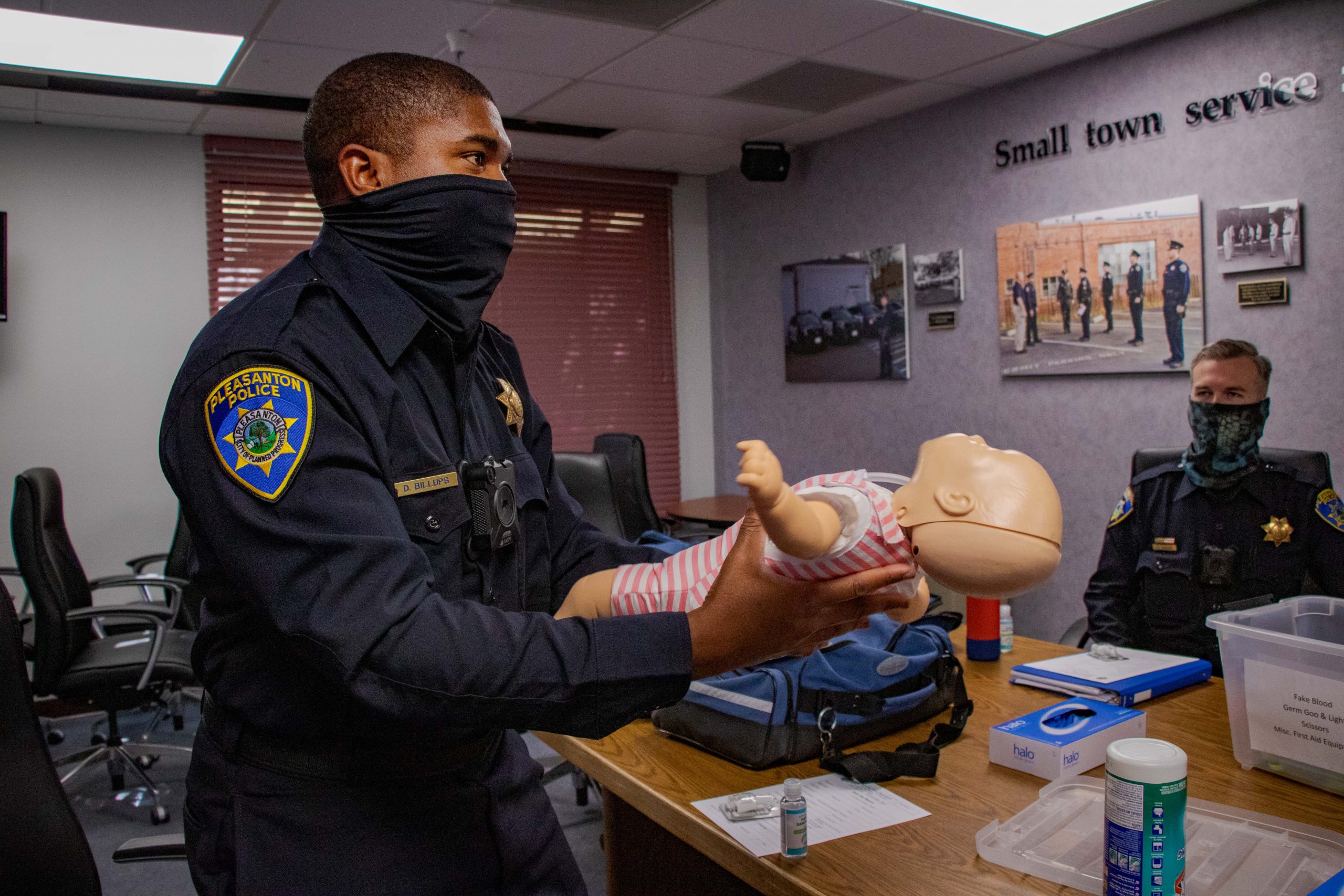 POST sponsored training are courses that have been certified by POST and are mostly position specific or are POST requirements. Examples of most frequently attended POST training include Crisis Intervention Training, Patrol Rifle, Women Leaders in Law Enforcement, Mindfulness and Resiliency for Public Safety, and the Public Records Act. 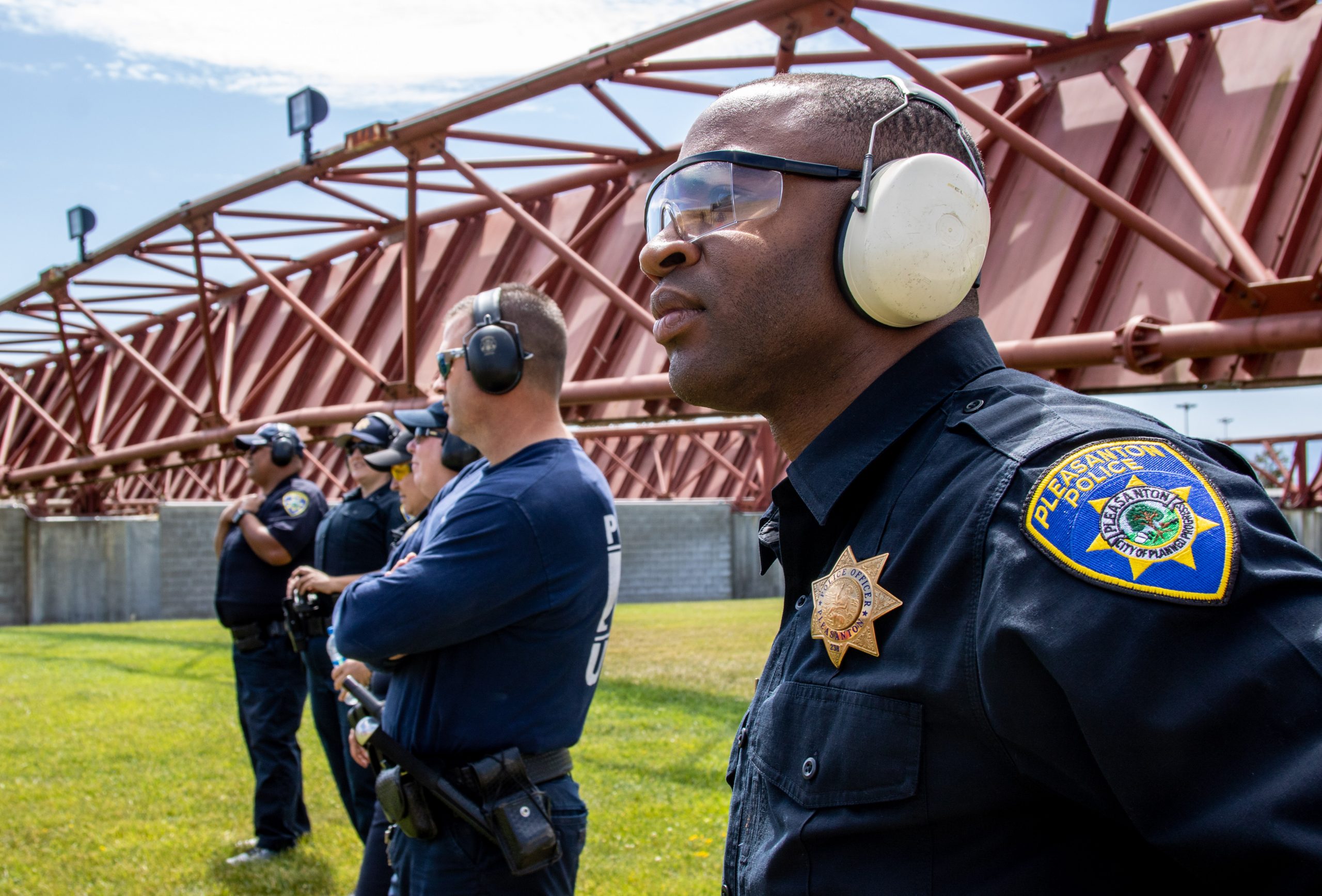 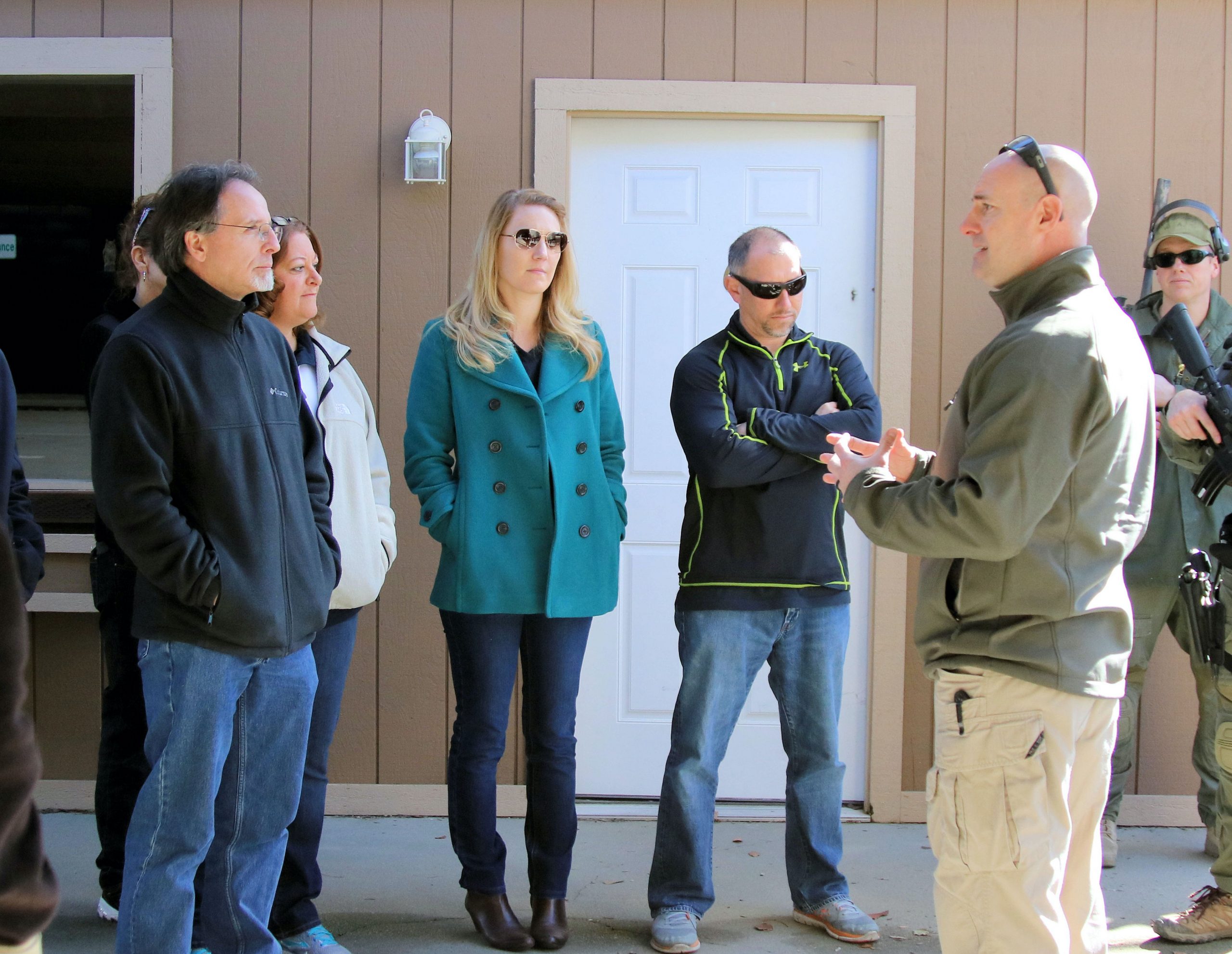 Non-POST sponsored training are courses that have either not been certified by POST or are not law enforcement specific. The most frequent non-POST sponsored courses are Gun Violence Restraining Orders, Law Enforcement Family Resiliency Conference, Mental Resiliency for First Responders, AXON Redaction Training, Civilian Leadership, and Human Trafficking Investigations and Prosecution.